Apple is not an unknown name in technology market, and with every day that technology becomes significant, so does the name of the luxurious tech company. The Apple MacBook Air MJVG2HN-A stands as an affordable choice for Apple users, and the offerings which are quite luring.

Nothing less is expected from Apple, the unrivalled king when design comes into play. The laptop has inherited its complete design from earlier versions of MacBooks, with an Aluminium body and minimalistic approach to designing, with more focus on form factor of the device as a whole. It is needless to explain Apple’s expertise in attracting eye-balls with light and yet sophisticated looks. The laptop, as the name suggests, is as light as air, which with just a 13-inch screen and matching slim profile, easily leaves possibilities of any more portability very bleak. The screen design, though, shows comparatively less integrity on the design as well as quality front. Unlike other MacBooks of this year, which sport a thin bezel around the screen, Air has a much thick bezel, followed by a black gap before screen area starts.

The Apple has an integrated, unlike other times, an Intel i5 5th generation processor in its arsenal instead of the home made variant. The jump in performance is insignificant, but the Broadwell tagged processor is able to bring down battery consumption exponentially. The excessive multi-tasking was easily taken care of, including web-browsing, iTunes and processing software like Adobe Photoshop CS5. Even the HD video playback and processing were up to the mark in almost all the cases. The software functions and performance are as always good, but in the speed tests conducted, the performance of new Mac OS X Yosemite was a little less than previous version Mac OS X Mavericks, an unexpected trait.

The laptop has been provided with a very huge battery life of up to 12 hours on average use, a non-similar trait as compared to MacBook and MacBook Pro. The laptop, miraculously enough, pulls through the day on heavy internet use as well as HD video playback, which may be a result of lower power consumption by the newer Broadwell Processor. Adding to the fact that laptop contains a 256GB of SSD hard drive which can be used to store a good load of favourites to be watched during long flights and waiting times. With this laptop, one can rest assured that they can forget the charger at their homes for a day and still have enough juice to pull through another. It has been provided with many connectivity options, with many ports like two USB ports, a mini-HDMI port, and an SD card slot, which is impressive at this size. The screen, though, disappoints in many ways. It is not a Retina display screen, which is a strong point for MacBook and Pro, and thus seems quite unsaturated in colours and duller when compared to them. Moreover, all the laptops at this, or even around this price point feature a modest Full HD resolution. But with this laptop, one has to satisfy with a 1440x900 resolution screen, which is a big letdown for a giant like Apple, who is always under high expectations.

The MacBook Air stands its ground among the older players by using its ultimate portability triumph card. It is a laptop in true means, providing the power to the user to stop worrying about charging anymore. It is a powerhouse which can manage anything thrown at it, be it heavy-multitasking or using heavy professional software like Adobe Photoshop. If Apple could have added a better, more appealing screen to it, the success of the product would have been dominating. But still, the fact of its portability will make you notice it in coffee-shops and airplanes frequently enough.

Here is the list of prices and online stores Apple MacBook Air MJVG2HN-A is available at: 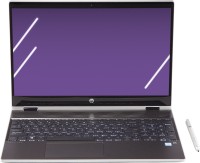