Computer monitors are an integral and often overlooked component of any computer. So we’ve handpicked some monitors for you based on size, resolution, performance and price that would deliver the best experience. Most of these are available on Amazon India or Flipkart. We hope this guide for best computer monitors 2017 serves you well.

We recommend the following two monitors that that cost less than 10,000 INR and are extremely popular as they deliver great performance for the price.  Read this segment if you’re buying your first monitor or intend to use it for non design oriented work and entertainment. These monitors have a screen size of 21-22 inches and refresh rate of around 60Hz. 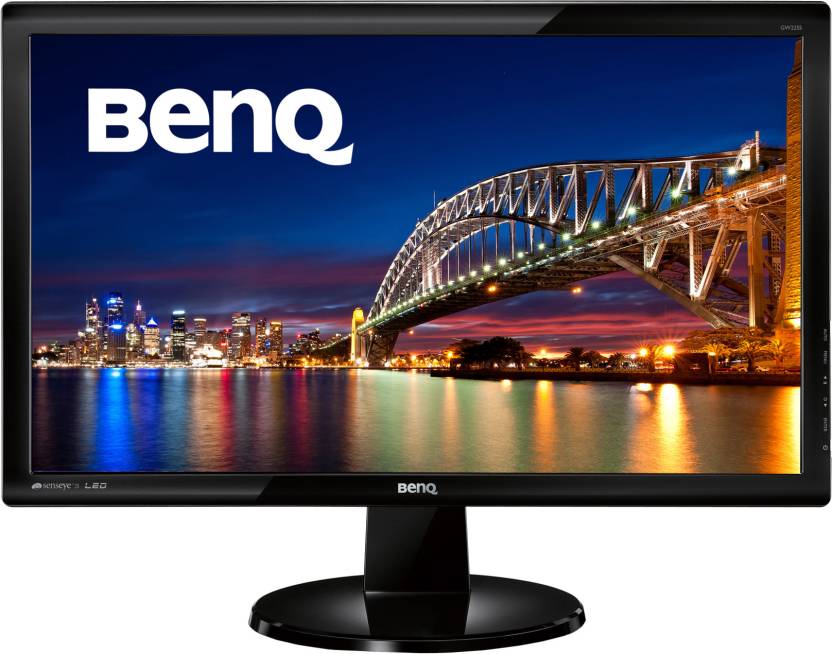 The GW2255HM from BenQ is more of an all-rounder. Boasting a 21.5 inch LED screen, it also costs comparatively less when viewed with other monitors at this price range. It’s a full 1920×1080, 16:9 aspect ratio resolution monitor with a 3000:1 native contrast ratio. It’s also got a ton of features like anti-flicker mode, 20M:1 dynamic contrast ratio, and a power saving mode when not in use, among other things.

It also has a few standard features you would come to expect on most monitors these days, such as different power and viewing modes based on the content being displayed, the time of the day(like Power Mode, Movie Mode, Gaming Mode).

This is among the top selling monitors on Amazon and for good reason. BenQ has provided a suitable package with few compromises. The screen size is certainly not the biggest, but you also have the option of listening to audio in the form of the built in speakers provided, which is absent even on most high-end monitors. So, while not a flagship model, we consider this to be a perfect first monitor, which is why it makes the list. The BenQ GW2255HM costs around 8000/- on Amazon here. 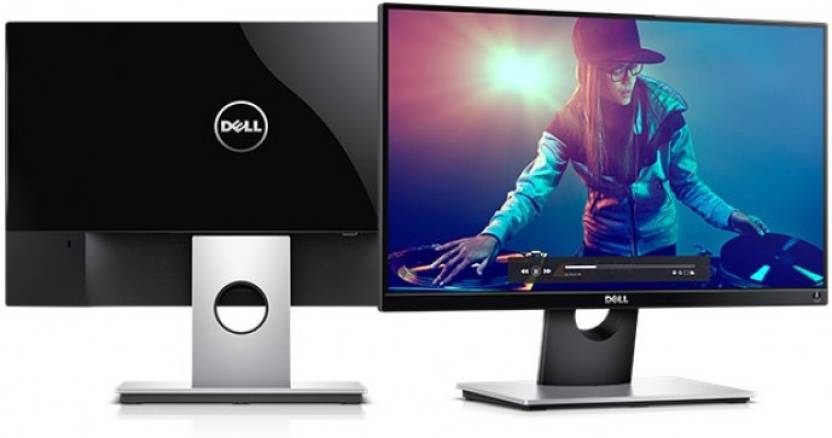 Probably one of Dell’s most popular budget sellers, the S2216H is similar to the BenQ GW2255HM we talked about earlier, but has a thinner bezel and looks sleeker. It falls a little short in the contrast department when compared to the BenQ, at a 1000:1 contrast ratio.

But the Dell has a better viewing angle, color reproduction(with around 16.7 million possible colors that it can reproduce), and also has an anti-flicker mode, among other features. It also comes with two 3W speakers like the BenQ.

The Dell also has an intuitive menu interface in the form of capacitive touch buttons on the bottom of the screen, making for easy adjustments without having to strain yourself looking for the buttons all the time. The Dell also comes with an energy saving feature known as PowerNap, which switches on after a certain period of inactivity.

Again, this is a perfect first monitor from Dell and a worthy sibling to the BenQ GW2255HM at a slightly higher price for a much sleeker and better looking monitor To buy it from Amazon, click here.

From here on we venture into the realm of premium monitors and gaming monitors. The monitors here are priced from 10000-25000 INR. Expect to read more about refresh rate, DPI and so on in this section. 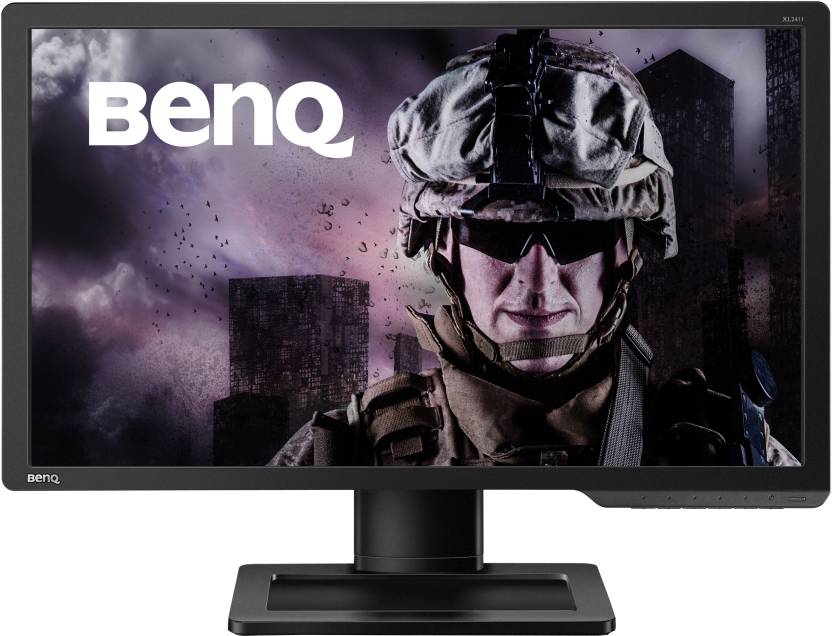 The BenQ XL2411Z is a premium gaming monitor (and also the 2nd product from BenQ being talked about here. No, we have not been paid by BenQ!) and our pick for the best computer monitors 2017 – gaming section. It’s a 24-inch monitor touted as “the monitor for champions”. This is a clear gaming-oriented monitor with features that specifically pander to gamers, like the 144hz refresh rate, gaming display modes specially meant for particular types of games(like an FPS mode), and so on.

The monitor itself is a 1920×1080 full HD monitor with a contrast ratio of 1000:1, and also boasts of tech like Flicker-free technology, SenseEye to reduce power consumption and so on. It can also swivel 45 degrees each way(up and down). The monitor also comes loaded with Nvidia Ready-To-Play tech and a 1ms GTG timing(the time it takes for pixels to shift colors).

By far the most important component gamers will look for in a gaming monitor is the refresh rate. And BenQ surprises us with a refresh rate between 50 and 144Hz and a feature known as Gaming Rate Optimization Management, which is a proprietary feature that gauges games and accordingly adjusts the refresh rate.

A few more features like optimizing the screen for black colors to be more natural, motion reduction, etc, also make their way into the XL2411Z. Overall, this is a package that gamers will come to love. Sans the screen (which we felt could have output 4K for what you pay), there is very little to hate about the BenQ XL2411Z. Get it on Amazon here. 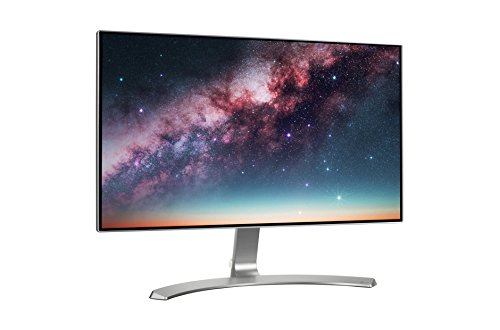 The LG Neo Blade III is certainly a stunner to look at. Boasting a 24-inch full HD screen with IPS(In Plane Switching) technology, it’s also comparatively cheaper than the other models in this category.

It’s extremely thin (almost non-existent) 4-sided bezels appeal to its look. The Blade III also has one of the thinnest screens in this category of monitors with the bezels at 2.5mm. It’s a 1920×1080 resolution screen, as on par with most other monitors in this price range.

It also has a few unique features such as the ability to change settings on-screen, LG’s SplitScreen technology that lets for instant multitasking, and a “blacks” stabiliser that corrects for true black colors in programs.

The Neo Blade III also come with a standard set of features like different picture modes based on the light and eyesight of the user, a swivel stand (called ArcLine) that, LG boasts, is smooth enough to operate with a single finger, and so on. While this is not a gamer’s monitor, it certainly will appeal to photographers, designers or anyone looking for detail, with its sRGB color reproduction rate of 99%.

The SplitScreen feature in particular would be very useful for multitasks, as it allows you to split the screen in more than one configuration and even lets your create your own split. The Neo Blade III also comes with a Reader mode, which reduces blue light of the screen which reduces the stress and fatigue of your eyes. Get the LG Neo Blade III (known as the LG 24MP88HV-S in India) here. 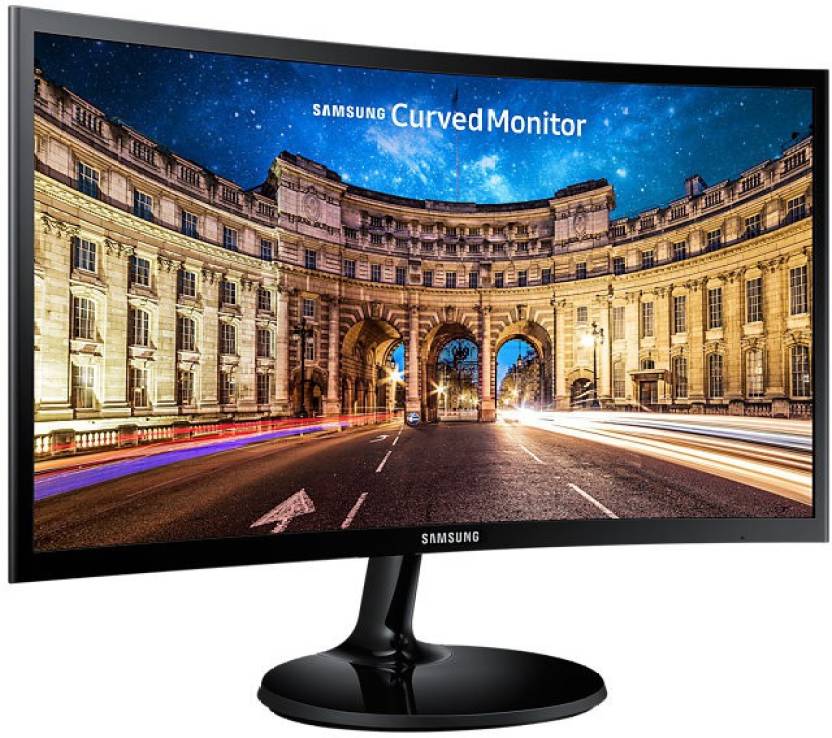 The LC24F390FHWXXL is a 23.4 inch full HD monitor with a curvature of 1800R (meaning you could make a circle with 1800 mm radius) and glossy black finish. It also sports a 3000:1 contrast ratio which makes your image that much brighter and crisper.

It also contains features you’d expect as standard on most monitors, like the “Eye Saver” mode which reduces strain on eyesight by reducing blue light and flickering.

This monitor has a resolution of 1920×1080. The radius is mentioned here to denote the curvature of the monitor. This monitor features a radius of 1800R, which is quite decent for a monitor and also close to what we can comfortably use.

It also features a power saving features that can be set to 10%, 20% or 50%. Samsung also has a tie-up with AMD that uses AMD FreeSync to offer a better refresh rate for gamers, similar to Nvidia’s tech on the BenQ monitor.

The most appealing feature of this monitor has to be the curved screen. If nothing else appeals to you, consider this monitor purely for its aesthetic value, which we’re sure will turn heads! Buy the LG LC24F390FHWXXL here.

This category is purely for the professionals, the elitists, those who want nothing but the best. Be forewarned, the monitors in this category will cost a pretty penny. But once you spend your hard earned savings on it, you’ll figure out where the money went. Here we have 2 elite models based on gaming, multimedia and mixed categories: 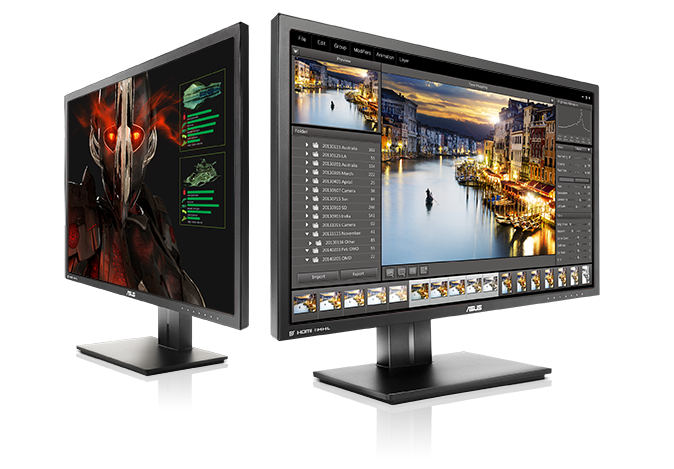 Asus’ Republic of Gamers brand has always been the go-to category for many gamers, doing the name justice. It comes as no surprise,then, that Asus thoughtfully launched a monitor under the ROG moniker. The PG279Q, make no mistake, is for the pro in you. It’s a 27-inch monster with a 2K display, a refresh rate that can go up to 165hz and many more features and hence our pick for the best computer monitors 2017 – premium monitors.
The screen is a 2K(2560×1440) IPS panel with a contrast ratio of 1000:1. It also has a viewing angle of up to 178 degrees with no distortion. To use the monitor to its full potential, however, you would have to use a DisplayPort cable instead of regular HDMI,  thanks to the HDMI port’s limited throughput.

Using DisplayPort lets you throttle refresh rate up to 165hz, with 144hz being the standard when playing games. While it not be the most aesthetically appealing monitor on the market (though it certainly does look good with its mix of red and black color), this is a monitor that means business when it comes to gaming. 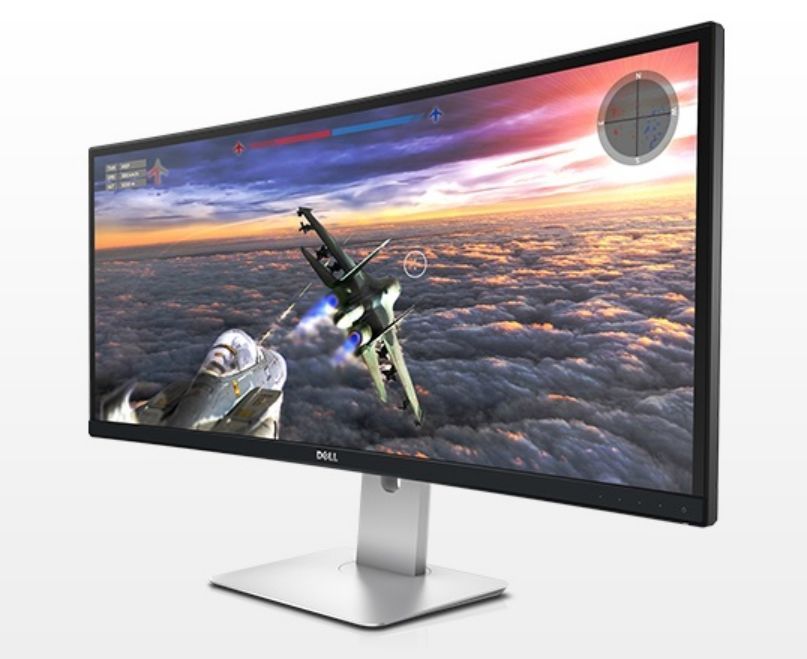 Probably the biggest size monitor in this article, and a behemoth in other aspects as well, the Dell Ultrasharp 34 is no joke. It’s a 34 inch monitor with a 21:9 aspect ratio. It comes in 4K resolution and everything you would expect from a monitor of this stature, like dual 9W speakers, multitasking, etc. All this for a massive price tag of over a lakh in Indian currency.

But what does that much money get you? Let’s get to the juicy part first: the screen really is that big. It’s an LED IPS panel with a 3440×1440 (QHD) resolution at 60hz refresh rate. It also has a viciously fast response rate of 5ms (in the FAST mode).

The monitor also has a plethora of connectivity (both input and output), like USB-IN and USB-OUT, HDMI, Display-Ports, Audio in/out, etc. You can also daisy-chain multiple monitors together (just in case even 34 inches of real estate isn’t enough!) using the Mini DisplayPort ports. And above all, the UltraSharp 34 is slick, neatly designed and is a glimpse into the future of monitors.

While this package does not come at a cheap price in the  Indian market (over 90,000/- on Amazon), the performance is worth the heavy price. Still, you would do well to hunt for bargains and even consider importing the monitor from Amazon International, which might actually be more economical in the long run. You ca buy the Dell Ultrasharp 34 here.

These were some of the best computer monitors 2017. If you have alternative suggestions, kindly let us know from the comments below.