Much has been said about the wonders of Android as an operating system. The ability to customise the way your phone’s display looks, just the way you want it, is one of the biggest advantages of Android. While some people are content with simple icon/wallpaper mods, others go the full length and revert to the multitude of third party launchers that change the entire look of the OS.

Here, we show you 5 extremely popular Android launchers that were chosen based on popularity, ease of use and value. 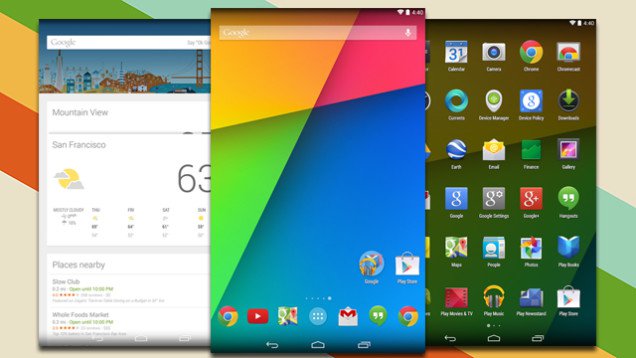 Google Now is perhaps the simplest launcher of the lot, but that’s its speciality. If you’re looking for a simple, stock launcher without the bells and whistles, Google Now is worth a shot. The actual launcher itself has very little customisation options. You can rearrange icons, and Google itself will add apps to a folder it thinks is appropriate. Menus are top-down style, with the most used apps in a tile on the top. The launcher also acts as a newsfeed and updates center in the form of “Cards”. These cards are snippets of information based on your browsing history, daily schedule and personal information provided by you when first installing the app. Other useful features are map display when you’ve started a new route, weather updates, and(if you have the Google app installed), the ability to search by voice using the “Ok, Google” phrase. Google Now requires Android 4.1 and higher.

Despite being the owner of Windows Phone, Microsoft decided to go ahead with this launcher as a product for Android. Made by the Microsoft Garage team, the Arrow Launcher is a lightweight and simple launcher that doesn’t get in the way of things (meaning it’s been optimized for efficient battery usage while still staying powerful). Arrow has a ton of useful features integrated into it. For instance, apps will automatically arrange themselves on the home page depending on their usage. The same goes with important/frequently accessed contacts, etc. Reminders are another feature that is built into the home screen (which can be removed or adjusted, of course). Arrow also has a few other tricks like the usual widgets tool, the ability to install third party icons, and for those who use Office 365, lets users integrate their workflow with the Office app and Arrow. Arrow is available in all regions of the Google Play Store, and is compatible with android version 4.0.3 and up. 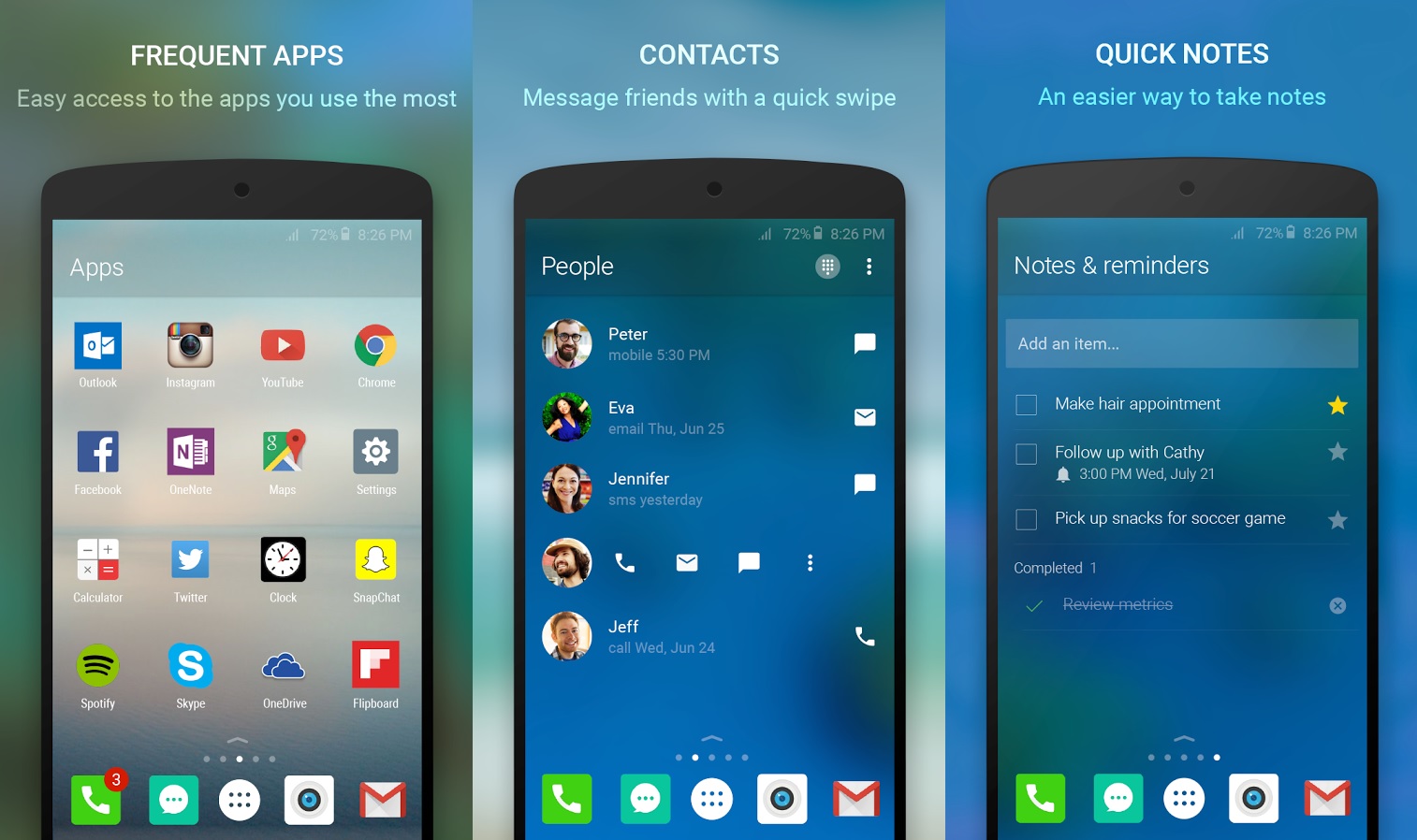 To use who might have dabbled in the world of customisation, Nova is no big secret. The Nova launcher is one of the most popular launchers in the world. And for good reason. Its customisation levels, design and third party support are some of the most sought-after features in a launcher, and the Nova team have perfected user needs to a T. No, seriously. You can manipulate just about anything they offer: The icons for individual apps, the icons for folders, and then the usual array of launcher options like widgets, wallpapers and the like.For those who need even more options, the team has a paid version called Nova Launcher Prime that lets you do things like add gestures to your phone, hide apps in a hidden drawer or even change the animation styles when swiping the phone. The Nova Launcher and Launcher Prime can be installed on any Android device with OS v4.0 and higher. 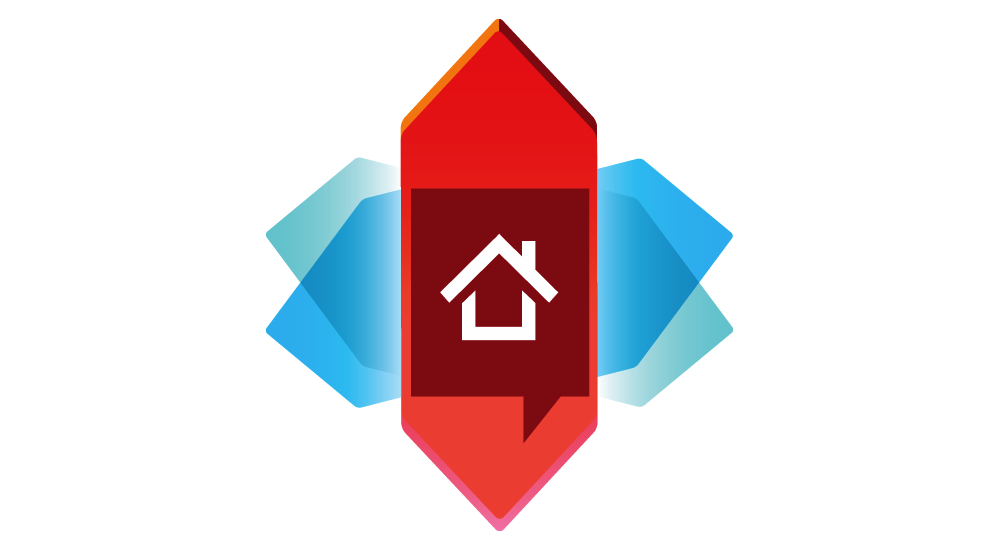 Hola Launcher is another lightweight launcher that also packs a punch. It’s only around 1-2MB in file size but has a bevy of features. The app-locker,for instance, lets you hide private apps with a password. Hola Shine, the company’s USP, lets you launch apps with a swipe from the corners in a unique fashion. And besides these, there are many more. Hola is similar to Nova when it comes to customisation, but there are some features unique to it like the aforementioned Hola Shine, a battery saver, a cleaner to sort out junk data and files, etc. Hola also comes with gestures, just like Nova Launcher Prime, but these are free with the default app. The gestures can be used to map your regular tasks, and Hola also has a set of predefined gestures : like swiping two fingers up to hide special apps.

Hola is available for Android version 2.3.3 and higher. 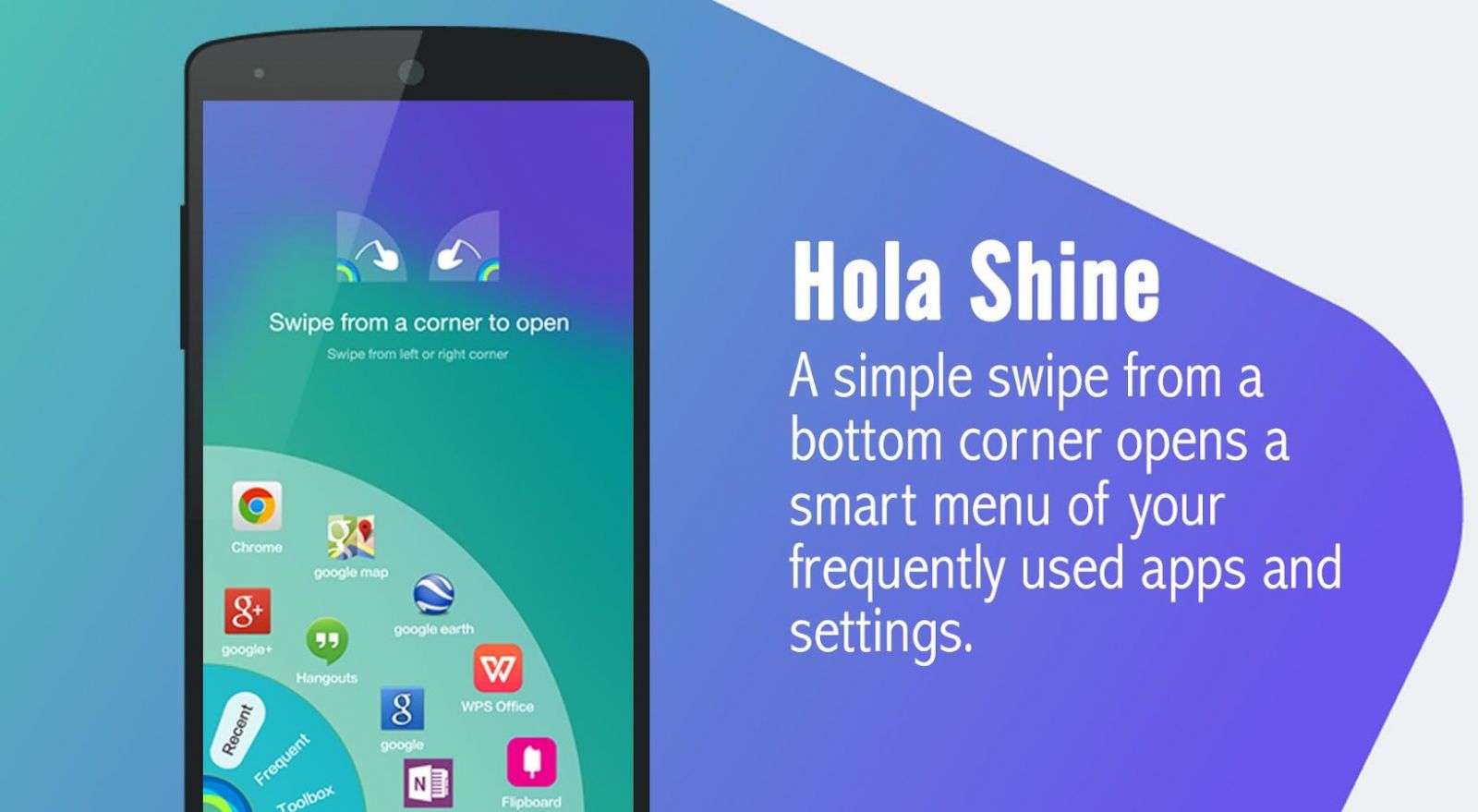 The ZenUI launcher is the brainchild of Asus Computer Inc. Used as the default theme in all their phones, the company has now made the launcher available to all phones as a download from the play store. Within a short time, it has risen to one of the Play Store’s top ranked launchers.
It’s a fluid launcher that mostly relies on swipes rather than presses. Swiping up reveals a tray to manage the launcher, swiping down goes to the most used apps(this feature is called called Quick Find), and other similar features. It also has a live preview setting that shows real-time previews whenever you’re updating the launcher/home screen.
ZenUI is available for Android versions 4.3 and higher. 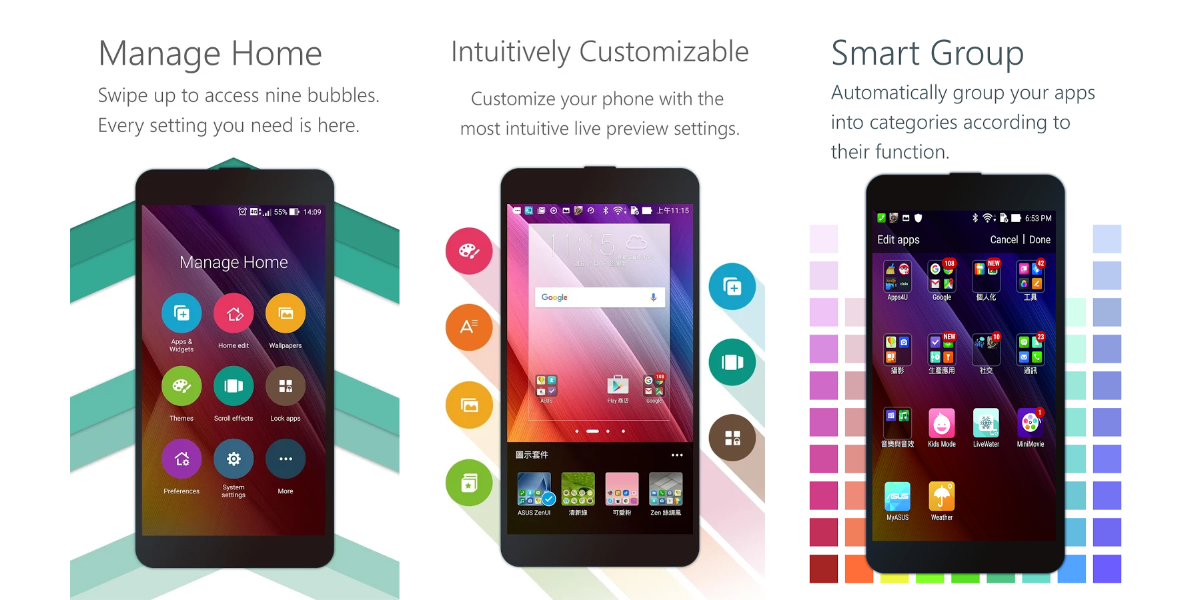 About the Author: Srikar